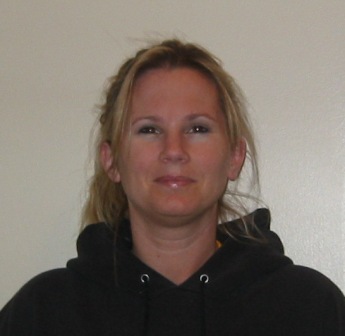 Janis began playing volleyball when she was in 8th grade.  Her high school career started as a 9th grader on the ‘B’ team.   This was the ultimate challenge for her as Janis has an identical twin sister, Julie, who made the ‘A’ team that year as well.   With awesome and dedicated coaching, as well as hard work, she ended up being selected as an All-State player both her Junior and Senior years in high school. (One of her coaches was Walt Weaver, former Apple Valley HS Coach, as well as Tracey Weaver’s husband – what a small world!). When she was team captain her senior year, Apple Valley won the Minnesota State High School Championship with Janis setting a 5-1 offense.

She went on to play volleyball in college on a scholarship to St Cloud State.

Janis’s coaching career began after college where she coached in the Apple Valley Juniors program coaching at the 16’s, 14’s, 13’s and 12’s team levels.  She was also the Apple Valley Junior Varsity High School Coach for three seasons.   Most recently, Janis has been coaching at the 12’s level in the Lakeville Juniors program.  She is now the Co-Director of the Lakeville North Juniors Club and continues to coach at the 12’s & 13’s level.

She is currently a software developer and enjoys working part-time so that she can enjoy as much time as possible with her husband, Marty, and three children, Jessica, Alyssa, and Matthew, as well as their 2 cats, Tigger and Kibbles.  Her hobbies include participating in and supporting all of their family activities.

Favorite volleyball memory:  The year her High School team won the State Championship.  (It is interesting to note that they had to beat Lakeville in the Section Finals that year to go to State and Lakeville had been ranked #1).

Janis has a true passion for the game and for helping young athletes reach their full potential.  Although she is very competitive, good sportsmanship and respect for the game remain highest on her list of priorities.  We are fortunate that Janis has become a true Lakeville Panther!